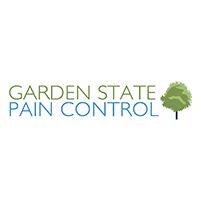 For patients with any kind of persistent or chronic pain, an accurate diagnosis is the first step toward finding the most effective treatment. But as interventional pain physicians know all too well, diagnosing pain is often the most challenging part of the process. The first-rate team of pain medicine physicians at Garden State Pain Control provide comprehensive diagnostic services, including electrodiagnostic testing. They have four convenient office locations in the cities of Clifton, Jersey City, Edison, Paramus, and Hazlet, New Jersey. Call or book your appointment online today.

What is electrodiagnostic testing?

If you’re suffering from numbness, tingling, chronic pain, or general unexplained weakness, electrodiagnostic testing may be able to shine a spotlight on the underlying cause. This advanced diagnostic tool evaluates muscle and nerve function to help pain specialists zero in on the hidden source of explained pain.

You feel physical pain when electrical signals created by nerves and muscles are interpreted as pain when they’re received by your brain. There are a variety of injuries or conditions which have been known to alter or slow the movement of these electrical signals.

Electrodiagnostic testing works by measuring the speed and strength of electrical signals coming from a specific muscle or group of muscles in your body. The test, which is usually completed in less than an hour, can help doctors diagnose the root problem.

What are the different types of electrodiagnostic testing?

The two main types of electrodiagnostic testing are:

Motor neurons are the nerve cells that transmit the electrical signals that cause your muscles to contract. An EMG test uses tiny electrodes to test the electrical activity of muscles and motor neurons. The electrodes, which are inserted into muscles, transmit these signals to a machine, which translates them into graphs, sounds, or numerical values that your physician can read and interpret.

During a nerve conduction study, your doctor places two surface electrodes on your skin over the nerve. One of the electrodes provides a mild electrical impulse, and the other electrode records the response of the nerve. The test is performed for each individual nerve that requires assessment.

To calculate how quickly a nerve transmits an impulse, your physician measures the distance between the two surface electrodes and the time it takes for the electrical impulse to travel between them.

What is electrodiagnostic testing used to diagnose?

Electrodiagnostic testing is most commonly used to evaluate unexplained muscle weakness, numbness, and pain. It can also help doctors distinguish between legitimate weakness and reduced muscle use caused by pain.

An EMG is one of the go-to diagnostic tools for patients who have symptoms of a muscle disorder, including those that involve nerve disorders.

An NCV is often performed at the same time as an EMG. After conducting an EMG and assessing muscle health, an NCV can be used to reveal specific areas of nerve damage.

Patients who have the following symptoms may need both an EMG and an NCV: